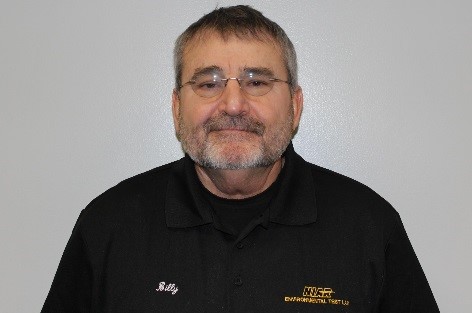 Billy M. Martin is a Senior Research Scientist at Wichita State University’s National Institute for Aviation Research and Director of the Environmental Test Lab. Martin is one the world’s most renowned experts in HIRF and Lightning standards, testing, design, and certification. Martin has 30+ years of experience in the aircraft industry, most of which he has been a DER in HIRF, Lightning, and all other Electromagnetic Effects. Billy was the Chair of the SAE AE-2 Lightning Committee for 17 years, and has been a major contributor to numerous other committees for 20+ years. He has been involved with RTCA since 1990, and was one of the principal technical members of SC-135. Martin also served as the industry co-chairman of the FAA advisory rule making committee that provided the FAA with the re-write of the 14 CFR 25.954/981 lightning protection of large transport fuel system. He has also been the industry technical representative on FAA Advisory Rule-making committee for the usage of portable electronic devices on aircraft. Martin has also served as chairman of RTCA SC 234 and Task Group leader on SC 202 committees, which provided guidance on the certification of aircraft for Portable Electronic Device Tolerance. Martin has regularly attended ICOLSE and is very excited to host this year’s event in Wichita, KS.

Timothy McDonald is Chief Scientist at Electro Magnetic Applications where he has implemented new system-modeling approaches to simulate the interaction of systems and their electronics with electromagnetic environments in a shorter time, with more accuracy, and at a lower cost. He is a consultant to NASA and DoD major primes for specialty engineering of critical systems, development of novel materials solutions to EMI/EMC problems, and in the execution of major programs that require verification to electromagnetic environmental effects.

He received a PhD “with distinction” from Columbia University in Applied Physics and Applied Math in 2007. He received the Raman Touch Award in 2008 for making significant contributions to advancing the human condition through the use of spectroscopy. His paper describing “wiring-up” of Hydrogenase with a carbon nanotube was listed in the American Chemical Society’s “Five Firsts of 2007”. He has authored or coauthored over twenty papers since 2005. Amitabh Nag received the M.S. and Ph.D. degrees in electrical and computer engineering in 2007 and 2010, respectively, from the University of Florida (UF), Gainesville. From 2010 to 2011 he was employed as a postdoctoral research associate at the International Center for Lightning Research and Testing at UF. From 2011-2016 he worked as a scientist and product manager at Vaisala Inc., Boulder, Colorado. Currently, Dr. Nag is an assistant professor in the Aerospace, Physics and Space Sciences Department at Florida Institute of Technology, Melbourne, Florida. Dr. Nag is the author or coauthor of over 90 papers and technical reports on various aspects of lightning electromagnetics. Dr. Nag is a Senior Member of the IEEE, and a member of IEC and CIGRE working groups, the American Meteorological Society Scientific and Technological Activities Commission on Atmospheric Electricity, and the American Geophysical Union.